There is a new play at the Ahmanson called THE DROWSY CHAPERONE. Go see it. It's the smartest musical I've ever seen. And it's extremely funny. Created by Second City about seven years ago as nothing more than an engagement party stunt, it was developed into a full length, hilarious play. This guy, Bob Martin, sits in a chair in his present day New York apartment and just has to share with the audience the love of an old 1920's musical. Next thing you know, the musical takes over his apartment. It's quite brilliant. And the cast is outrageously talented. And did I say it was smart? The tone is just right. It's heading off to Broadway. If you can, get down to the Ahmanson and see it. On any day it is playing, you can get $20 tickets at the box office. Really, it's so worth seeing. This is the second play downtown that has turned out to be a great surprise. Romance being the other one.

Now the sad: My Aunt Helen died today. She was my Godmother and I've always felt very close to her. I'm off to New Jersey in the morning (Monday) to spend some time with my relatives...doing the Catholic body, coffin, crying and eating thing. I am actually looking forward to it. My Aunt Helen was quite ill for a long time, so, it's best. I saw her about six weeks ago. And then last week, we talked on the phone and we said goodbye. She was all doped up on morphine and she said to me, in a very fun way, "Adios!" I will miss her. TO AUNT HELEN! 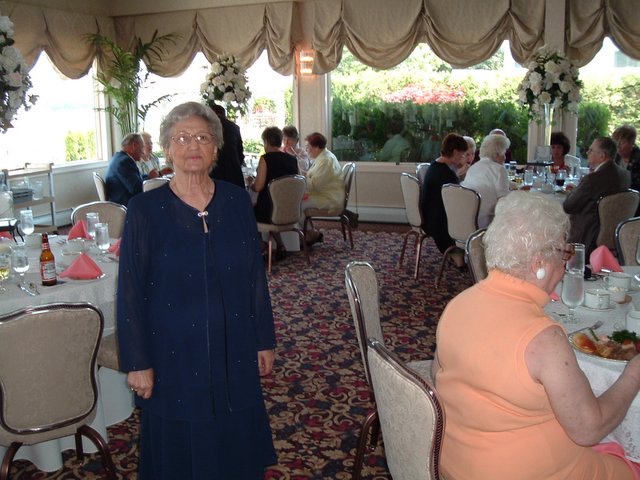 From your earlier blog about her, she sounded wonderful.