Speaking with R.K., an actor friend we ran into from Los Angeles who actually lives in New York, we got on the subject, the endlessly dull subject of the differences between NY and LA.

He went on about the superiority of NY because of the abundant culture, the mixing of people and the inherent greater morality the city's citizens have to offer. Especially, one appreciates this environment for raising kids. Sure, there is more tradition and guilt here.

And he responded, "Shame on you if you live somewhere for the weather."

He is right. Shame on me.

But spring is maybe finally fucking hitting New York and I have to say, I would rather not be walking around when the streets of Queens and Mahattan are howling winter at me. It really makes a difference. 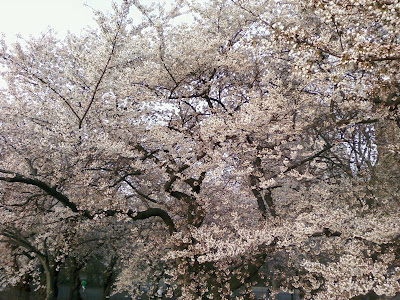 Yes, New York has better everything than Los Angeles. We also have earthquakes, bad traffic, no good restaurants, and you can't jay walk. Los Angeles is a hell hole with nothing to recommend for itself.

Now will you all quit moving out here?

When we moved to idaho, 10 years ago, I soon realized that what would make my life MUCH better was warmer clothes, especially a coat. It makes all the difference, even as it makes you look like Nanook from the North. But it's nice to be snug and smug.
Mother Judith

Ah, but the Spring tastes sweeter AFTER the bitter winter... Just sayin...

I like the part about inherit greater morality on the island that brought us Bernie Madoff, Wall Street and the center of banking greed that brought down the world economy.

They have us beat on the city newspaper, this guy should read it.