Blog of Ages Pray for Me

A dry winter freeze has taken over .

Organic Heritage Turkeys are being swiped off the shelves.

Two nights ago, there was snow on some car roofs in .

And now this, five somewhat connected thoughts that are barely important: 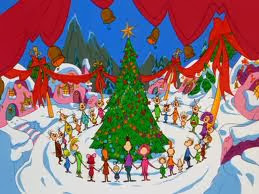 (1) Curious to know about this truncated weirdo time... you showed up in the evening? I have only been called a few times, always at an ungodly hour in the morning. And each time I was bounced at or before the voir dire.

(2) Good observation -- in general the ones who are most afraid that "others" are a particular horrible way, are in fact particularly horrible in that very way.

(3) In my experience it does work, but it has more to do with how you feel and what you believe than what you say. For some of us, saying, "This will never work!" is a kind of challenge to an inner knowledge that it will work. Conversely, affirmations can be deadly (and in fact an affirmation-junkie friend of mine killed herself) precisely because you are constantly speaking things you deeply feel are not true, which widens the chasm between what you want and what you believe. If the converse method works for you, then do that. For a more direct approach, try to be aware of what you believe (and often beliefs are contradictory) and focus on what you want rather than what you don't want.

(4) My family and I stopped buying crap for each other at Christmas years ago. If we see something during the year that the other would like, we just get it. Why wait?

(5) Haven't seen it recently, but in general Pier 1 and ABC has the nicest stuff.