I have a play published in POST ROAD MAGAZINE.

The Winner was originally cast with the wonderful Angela DeCicco, Don White and Randi Pareira, directed by Pablo Marz.

Dealing with oil greed, the play becomes a fight for the last canister of oxygen on earth.

It had its premiere at West Coast Ensemble, back in the day, and was a finalist for an award at Actors Theater of Louisville.

Then, it was published in this magazine, very recently. And it was shot as a small film on the campus of USC.

Sometimes, you dash off this little thing, and it has its own ride. I wrote it for a contest called, "It's later than you think." It was rejected there and then had these other nice things happen. I do hope for all of us that we just keep making things, we cast them into the wind and wait to see what plants. It was nice to see it published. In paper. And bound.

Have a good weekend. 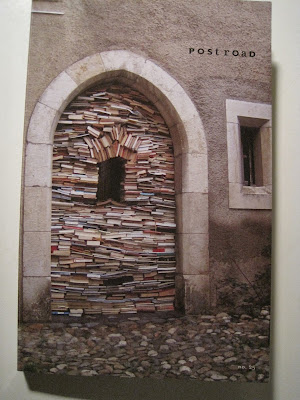 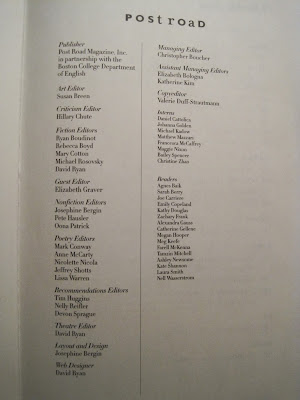 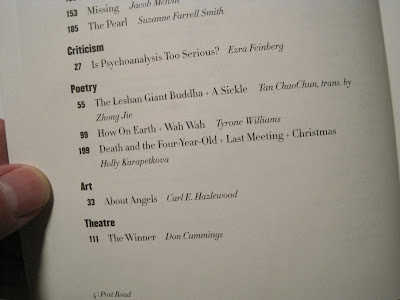 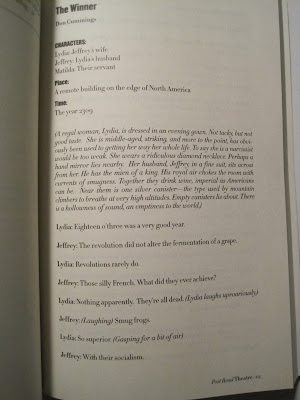 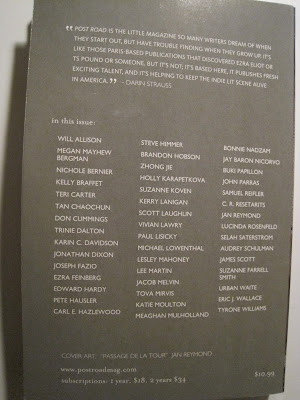