When I was a lad, I lived for a bit of time in Spring Valley, New York, in an area called Hillcrest which was predominantly Jewish and is now predominantly Orthodox Hasidic Jewish.

My family was DNA Catholic, and by no means religious. Basically, we were suburban existentialists with a soupcon of greedy arriviste tendencies. So when D., in my class, got up to do her report on the Israeli wars of the 60’s and 70’s, and she had such a reverent sadness about her, I could only wonder, “Why is this Israel situation so insane? I hate war. And why is this girl, who is my age, already consumed with some sort of righteous purpose to claim its essential existence?”

Furthermore, I had no idea there had already been so many wars. Her report was enlightening. She was very upset by all of it…but even at a young age, I could tell she was merely parroting her parents. Had she been born into a Muslim family, she would have been parroting that stuff, too. It was clear to me.

Well, on a positive note, there are fewer wars in those parts. And people who live there are truly sick of it. So maybe Hillary Clinton can help shepherd in a two-state promise. If she does, I’ll eat hummus every day for a year. (I hate hummus.)

But I always end up with the same question, and I know the answer, but I have to ask it anyway. Why doesn’t Israel just give that damn West Bank to Jordan with a thin road over to Gaza, hand that off, too---and be done with it? (Come on Jordanians and Palestinians, surely YOU can all hang together? Oh, that’s right. The answer is no.)

What a mess-world. I’ve been listening to it since that oral report in grade school by somber D.

(And years later, I would have a reoccurring dream that she lifts up her plaid skirt to reveal man bits. What could that mean? Additionally, it almost always took place in the middle seat of the beige station wagon of my youth. I was in the way back.) 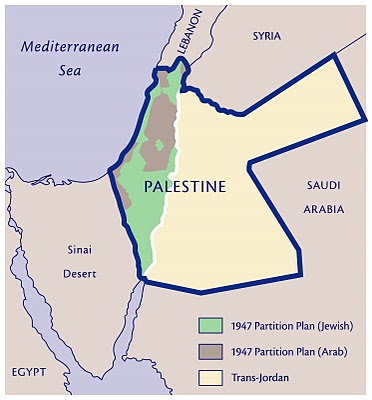