Looks to me like he's never had sex with anyone: 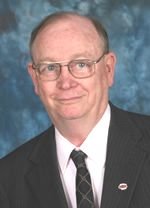 Dr. Don's mission? To make sure we return to the good old days when the likes of him along with the people who looked like him and thought like him controlled the country. The American Family Association wants your children to obey them. No sex until marriage. No condoms. Absolutely no gay sex. And after failing with their Disney boycott, they have turned their tiny minds to boycotting Ford.

You know what else is great about Ford, besides them not caring about who is screwing who in their cars?

I am so sick of thinking about these pesky politics. Time is marching right past the Hard Right. Let's just smile and wave as we leave them behind choking in their righteous dust. It is time to disengage. Just look at Dr. Don. He can't possibly be a serious threat. He and his breed are in their death throes. Dying animals can be very noisy.

It is time to celebrate. The culture war has been won. The result is green. Sometimes it's gay. Things do get better over time. I only wish Henry Ford was here to give the simpering Dr. Don a good old fashioned punch in the nose.
Posted by Don Cummings at 1:15 AM

As a Nazi sympathizer, I don't think old Henry would have given Dr. Don the nose-punching he deserved.

Is it possible to zoom in on the lapel pin? I'm really curious about what it supports...

It looks like my Man Boy Love Association pin.

It looks like my Man Boy Love Association pin.

Can't get any closer on the pin...my guess, "Killers for Christ."

Everybody seems to be commenting twice.

Everybody seems to be commenting twice.