But I liked Catalina plenty. I mean, there were all these South Bay people there chain smoking, braying about getting drunk, even with a loud guy on his cell phone saying, "Dude, I got so drunk, Bro. I'm gonna open up a liver shop. Make millions. That's what this place needs, a store where you can get a new liver."
Funny enough.

There were really fat people making out on town planters at midnight.

But honestly, maybe those things just sort of stick out in my mind because I haven't seen such behavior since the last time I was at a tractor pull.

On the other hand, the place feels oddly European. Looks enormously like the town of Cassis in Southern France, sitting on its own crescent in the Mediterranean.
This little town of Avalon feels so far away. Much further than the one hour boat ride from Long Beach.

The food we had was nothing to praise. But the atmosphere, overall, the island thing, the hill thing coming down to the island, the well cared for houses, the boats and the sea. Well, it felt a whole lot like going away to some place romantic and magical, even though Catalina is just a big sea locked rock in Los Angeles County. 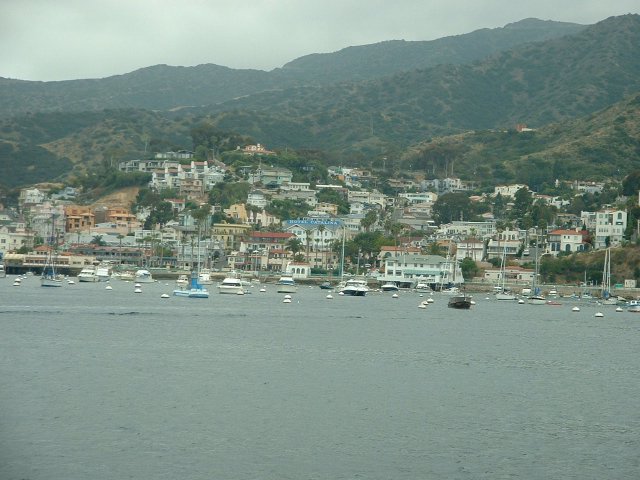 Looks super gorgeous to me! Glad you had a good time.