Click here to preorder and save $5!
O, Boston, our Boston! After a summer away, Literary Death Match has been plotting a can't-miss October fun-tacular atClub OBERON, rife with wild-minded judges, a fierce foursome of readers, and a finale that will rewrite the planet's DNA. Get on board!
Tell us you're coming on Facebook!
The night will feature four writers reading their own wonderful tales for seven minutes or less, judged by three all-star judges. Two finalists will be chosen to compete in the Literary Death Match finale, a vaguely-literary game that will steal your affection and make your heart pound.
JUDGES: Literary Merit: Don Cummings, playwright of more than fifteen plays, a screenwriter, fiction writer & essayist
Performance: Barry Tattle (a.k.a. Chris Coxen), man of many characters
Intangibles: Sam Johnson, stand-up comic
READERS:
* Brian McFadden, writer/artist of the New York Times Sunday Review “The Strip”
* Marian Fontana, writer/performer, author of A Widows Walk (nominated for a Books for A Better Life Award)
* Jenn De Leon, fiction writer and Grub Street teacher
* Steven Brykman, writer, humorist, mastermind
Music by DJ John Paul Jimenez, childrens book writer, artist, scientist
Hosted by LDM creator Adrian Todd Zuniga. Produced by LDM East Coast Executive Producer Kirsten Sims.
Where: Club OBERON, 2 Arrow St, Cambridge (map)
When: Doors at 7:15pm; show at 8:05 sharp; afterdrinks at 9:50pm
Cost: $10 preorder; $15 at the door
This event is 21+.
Follow LDM on Twitter and/or Facebook now!
Posted by Don Cummings at 11:20 PM 0 comments

There's always someone richer than you.
Posted by Don Cummings at 11:13 PM 1 comments

Reading The New York Times tonight about China's high speed rail system (which is already carrying more people than our domestic flights) I turned green (and yellow? and red?) with envy.

Why not a country where I can get in a train in New York at noon and be in LA by 2AM?  Please!

Who the hell likes to fly? No one.
Who loves a train?  Everyone.

Why aren't we investing in what we love?

Call me a hater of being five miles in the air, bumping along in gassy displeasure. Whatever. Where's my modern Iron Horse?
Posted by Don Cummings at 11:52 PM 1 comments

Just a Little Politics Before Bed

I am a Socialist for health care and education. Everything else---let people fucking Rollerball it out. Seems to be what they want to do. At least for now…later on, we’ll work on the aggression. See below.

I do not believe in persuasive arguments about anything. If you do not have data that reflects a very controlled experiment, then you are talking out your self serving ass.

I don’t know why I am in a political yack mood tonight. It may have something to do with getting older and cranky-er.

Religion better be morphing. I will be interested in it much more kindly once the world unites all their religions, jettisons the hocus-pocus and understands rituals for what they are: anti-anxiety medication.

Children are not political, though they are naturally grabby and territorial. If there was a world polity that dealt with grabbiness and territorialism, and it was agreed upon by all, war would end, surely.

A two state solution to Israel/Palestine?  Sure. Look at that hooved mammal with wings hovering outside my window.

If can’t get this renewable energy thing down---then how can anyone else do it? I don’t understand why fat people can’t just peddle bicycles hooked up to generators and get paid for it. Solves three problems at once. Suet, air, cash.

This new pope is daring. Let’s hear it for the new world.
Posted by Don Cummings at 9:43 PM 0 comments

I'm walking in the park, getting up toward Belvedere Castle on the hill, and I look down and there are small crunchy leaves carpeting everything.

The only other place that looks like that is under the live oaks in Central California. They drop leaves all year long.

And so I thought of California more than anything else...a place assumed to experience endless summer, but really, there's a much more subtle grade to the whole thing...

Pumpkins are everywhere. Coats are on. It's a swell season.

And now, the days get shorter until late December. Sparkly birds and Santas clipped onto evergreens will be here soon.

I have always hated the passage of time. Many writers feel that way. Shakespeare:
And Summer's lease hath all too short a date.  If I allow myself, at the late hours of the day, to consider the passage of time, I get sad. But I cheer myself by saying, "And then there's Maudlin." Bea Arthur would approve. I've felt this way since I was six years old. I remember asking my brother, me sitting in a pile of grass clippings and him sitting on a pile of dumped dirt and stone on the edge of a stream, "Remember the good ol' days?"

This just in from The New York Times.
http://well.blogs.nytimes.com/2013/09/16/to-help-a-shy-child-listen/?ref=todayspaper
I was a shy child. This may sound uncanny, that is to say, without cans...but it is true. I come from a large clan of shy Irish people who come out of their shells later in life. It's just genetic. Or has something to do with marrying out of the lineage, bolstering up the fortitude in the next generation. I believe shyness makes sense. We are most ourselves when we are alone. Being with others requires adjustments. These adjustments can and do remove us from who we are, really. Isn't it not a strange thing to not be oneself? Shyness may be a higher calling, a need to be true to one's original being.

Sweetness is the best part of life. Better than triumph. Better than all ambition. There has been a destruction of sweetness, lately. It's so silly. Everyone, rich and poor, feels best when butterflies fly freely, land on a bush, easily, and then continue on their way. It's effortless. I am not being sappy as much as I am being simple.

Goats have seven sets of teeth. After the seventh set falls out, they die.

When I was a kid I was quiet, well behaved, studious and not at all impulsive.

My fantasy was to become a werewolf...that something would take me over and turn me into a wild beast. Tonight's full moon made me think of it.

My inbox is full again. I did such a great job of getting it emptied out. But now it's back and busting its seams more than ever. Drat.  Delete, delete, delete.

California is pushing the minimum wage to $10. Go Socialists Go!
(in a world where this is the best we can do...to give a shit)

Nothing Blase About DeBlasio

DeBlasio...for King of the Humans. 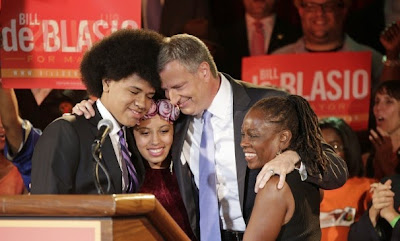 Could it be that all prejudice stems from a deep desire to only have sex with people who look like you?

:  Finally, has one good idea.

: You homophobic loons, what the hell is wrong with you?

9-11:  It still stings. Will always sting. We lost our innocence. And loved ones. All that. Sucks.  (I was in Ojai that day. And when the store clerk told me what had happened, I just assumed he was a madman making shit up. I used my clunky cell phone to call my Dad who confirmed this crazy thing. He was incredulous. Naturally.)

Trees. More trees. Always more trees. We keep talking about global warming---the truth is, it is SO EASY to grow TREES. And then, you know, use their leave waste as fuel. Come on. How hard can it be?

Lettuce. As much lettuce as possible. And nothing more. Until you get hungry. Then, maybe more lettuce. And turkey and ham and bread.

What if you just took all your disappointments, then declared your inner Atheism, dropped all the old ideas at the curb, and bravely took on a new project?

Thai food makes so much sense. As does Japanese.

I never write about food. Why am I writing about food?

I once met Richard Nixon. He is the only president of the that I have ever met. It was in an office building in midtown . He had just finished a taping for a talk show. I was in the office to pick up a super hero costume. We bumped into each other. He introduced himself to everyone in the area. He looked more like a puppet/effigy than a person.  But I was surprised by how much of a politician he was. Glad handing. Smiling. Long after the end of Watergate.

I wake up every day wanting a dog. I will not name it Checkers.

is in a good mood.

Who is going to invent the app that reads an external hard drive connected to a smart phone so you can simply attach and send docs willy nilly?

I have a lot of cousins.

I saw five features up in Toronto this weekend. All of them, I liked. The first two on the list were at The Toronto Indy where my short was screened. In Return was one of those rare movies that is funny and sweet. And you actually buy it. First time filmmaker Chris Dymond does a great job as does the cast.

Kristen Wiig does an amazing Chloe Sevigny in Hateship Loveship. Guy Pearson is sort of my boyfriend now. Again. He forgot for a while.

Ah, movies. Those cheesy things became THE things in the 20th century. And now, there are so many.

Enjoy all your future viewing. 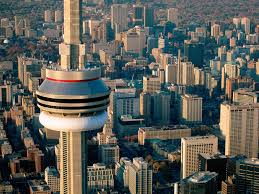