First Time I Fell in Love with Joni

I was a kid. Summer. The song played on the radio every ten minutes. It never got old and it never will. 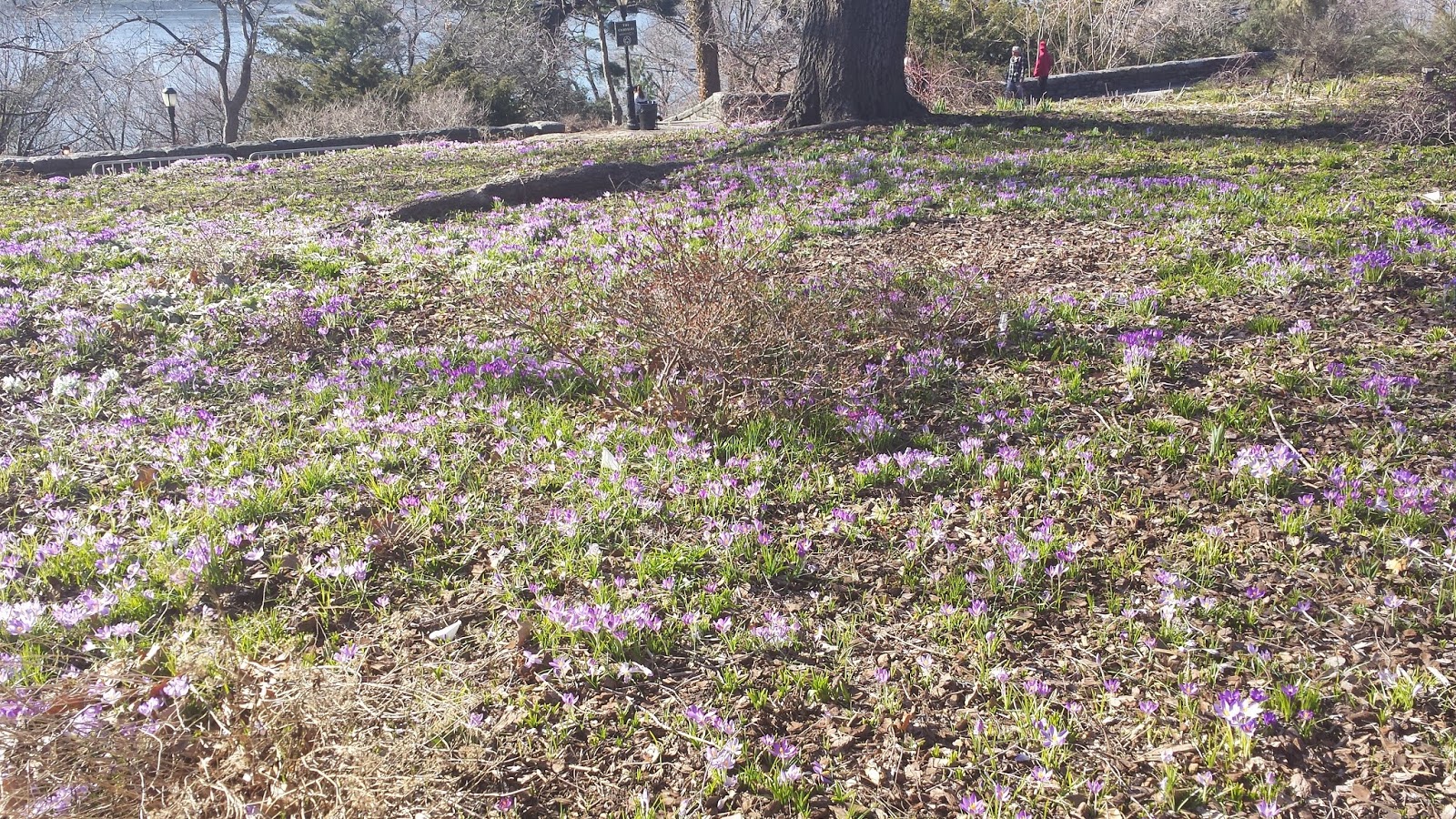 I Think of Sylvia and Joan and Spring


Spring glides over New York City this week. The wind is picking up, the frost heave has settled down.

When it is spring in New York, people get the courage to come outside to try on their new selves. A decision was made. Or the winter was so rough that all focus must be sharpened in order to forget it.

In spring in New York, I think of young women who have had enough, the smart ones and the ones who are also smart but also know exactly where to go, which is often very close to where they came from.

In spring in New York, I think about Sylvia Plath's The Bell Jar, having her romantic nervous breakdown. She learns she is inadequate. I would bring down my paperback from the sunken-in shelves right now and read a random page, but it was long ago lent to someone, I do not remember who, and is certainly lost.

But the quotes from the book never go away and you can read some of the best ones here. They never get old.

But what I really feel, and see, when it is spring in New York, is the back of Ms. Didion's head, at 28, when she says Goodbye To All That, having had enough. She is clear and tough. Some essential internal boomerang has forced her return to New York in old age, but when she was 28, it was time to leave. I do not remember if it was spring when she left, but by summer, it was certain she was not coming back. But now I have become curious so I look it up and there is the line, "And then one morning in April..." so I did remember, somewhere, it was spring in New York, and Joan, newly married, left town.

Spring is when you feel the entire population shifting. The men, certainly. But men often leave quietly in the night, with very little on their backs. The women, or at least the women from the last century, the century I understand without trying to, they feel it dry and damp all at once and they tell you. It is the weariness. The coldness. The chance.  They are reminded it is time to leave. And they write the leaving of it so well.
Posted by Don Cummings at 10:03 PM 0 comments

Let's Just All Go to Norway

I'm All for Looking

There was a fine article about LOOKING, the gay SFO show in the NYTimes that has run for two seasons on HBO.  Good writing. Good acting. Believable.

It does feel like it is the first series on television that deals with gay people like they are people and not simply clowns.  This has been exciting to watch.

It is a great experience to witness people who are like you be depicted on screen in a truthful way. Or in my case, younger versions of me.

I do hope the show comes back. But like I've always asked about Joni Mitchell, whom I love, "Does she seek endless pain in order to write songs?"...

In order for the story of LOOKING to continue, must these guys forever be breaking up with people?

Ah, well, Hannah in GIRLS has to keep hunting along with her friends for love and work. But that's both of the biggies. LOOKING deals with half as much.

So, maybe, LOOKING will get deeper (and more subtle?) if it stays on the air and remains, basically, about relationships, but deals with large human issues while being IN relationships.  Maybe the looking they will be doing will be things like, Looking for the authentic self, Looking into raising kids, Looking for more self acceptance and acceptance of others, Looking for love, again, if a divorce comes to pass.  You know, like life. But mostly men.

Kudos to HBO.  How much we love it.

TV... remember when we all made fun of it? I almost never watched Cheers.

3. Steady Winter Weather in the Northeast of the United States

4. The Continuing Rise of the Dollar

5. The Continuing drop of Oil Prices

7. A steady increase in Atheism, Agnosticism and "Otherwise Affiliated"

9. Cable Networks Going Over the Top (available a la carte)

10. Our Savior Al Gore coming to a computer screen near you
Posted by Don Cummings at 10:06 PM 0 comments

On to Florida for my Mother's 75th 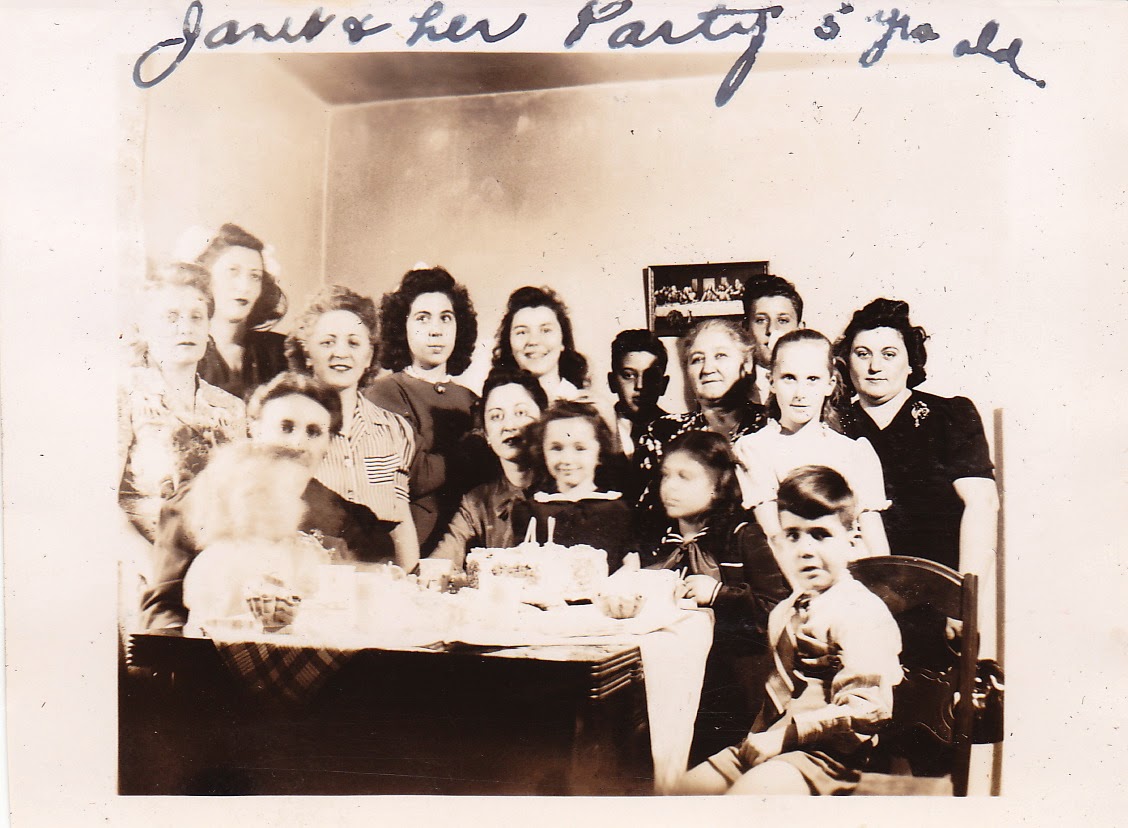 I guess the real question I have is:

Who cares what account she used.  Was it secure?

I did a little research on it. It is hard to tell.

Oh Hillary...you made a mistake. You did not need two devices. You know that. You just needed one with two accounts.

Of course, this will pass.

If you have the time to slog through the hell of the above link, by all means, do.

It is David Brooks...on a horse.  A horse in an ivory tower.

After declaiming the horrors of the downtrodden, the single mothers, the drunks and the dumb-dumbs, this is his fix:


But it’s increasingly clear that sympathy is not enough. It’s not only money and better policy that are missing in these circles; it’s norms. The health of society is primarily determined by the habits and virtues of its citizens. In many parts of America there are no minimally agreed upon standards for what it means to be a father. There are no basic codes and rules woven into daily life, which people can absorb unconsciously and follow automatically.

Reintroducing norms will require, first, a moral vocabulary. These norms weren’t destroyed because of people with bad values. They were destroyed by a plague of nonjudgmentalism, which refused to assert that one way of behaving was better than another. People got out of the habit of setting standards or understanding how they were set.

Next it will require holding people responsible. People born into the most chaotic situations can still be asked the same questions: Are you living for short-term pleasure or long-term good? Are you living for yourself or for your children? Do you have the freedom of self-control or are you in bondage to your desires?

Oh, David, eat my pussy, please. People in emotional distress will not be able to answer those questions. They are too busy trying to scrape together enough money to buy bad food at the local smelly market.  The problems are so much larger than your virtuous fear. Yes, David, fear. You are afraid of all these people with their hellish lives. I am, too. All of us with access to kale and Wells Fargo bottomless checking do not want single mommy drunks to take over the planet. But your simple solution is simply moronic. And oddly racist. And narrow like a slit canyon.

Ask oneself questions, sure.  Consciousness, certainly. Open one's eyes. Not a bad idea. But please...if one more person comes at me with their fundamentals, their cure, their rules-of-the-road-so-help-you-God, I am going to drop acid and run through the streets from Nanuet, New York to West Covina, California screaming, "xlhderiasdfhadfasdoifhasdfoasihfl#q5qew5i##&#^@@*!!!"

Then I'll write a column about it.
Posted by Don Cummings at 10:08 PM 0 comments

I have a feeling that the only way I can keep on in this world of warring religions is to return to the Scottish and the French in the 17th and 18th Centuries, the place and time when and where true liberalism was born. Where the individual was taught, perhaps, to be in charge of their own thoughts.

From now on, when people toss their religion at me or their faith at me, I'm just going to yell out MONTESQUIEU! EMPIRICISM! LOGIC!

All the mysticism and love we could ever want is in the present eyes of our friends and loved ones...and with any effort, in the eyes of strangers.  Enjoy your Jesus and your Jewish high holy days and your Mohammed on the move...but basically, how the hell are you dealing with others, bitch?

Of course, I always lose. Whenever I bring out my nihilistic dry cleaner bag to smother the faces that are wagging on about religion, these people, even so-called progressive ones, push back hard.
I'm really not that scary. I'm just talking about a complete revolution, where we reduce everything to a simple: Be Nice, Now.

I cannot believe the assumptions in the minds of so many. That were taught to them. And then told they better hold onto them. For transgression means...ultimately...expulsion.

Such Choices in the Infinite Universe

The Theory of Everything movie prompted me to finally read Hawking's A Brief History of Time which ended in my mind, naturally, with the two biggest questions of all that have plagued people since time immemorial, so I am not unique.

Why is there something instead of Nothing?

What the Fuck is infinity, time, space or otherwise?

And with those questions, this, fresh into my email inbox:


Hi ,
I found you on Twitter and I wanted to reach out. My name’s Valarie and I work for GrowInfluence, we’re an Influencer Marketing marketplace that helps connect companies with influential people online that can help promote their brands.We’re looking for people like you who have pretty solid followings on Twitter, or who have active blogs, YouTube channels, Facebooks, Instagram accounts and so on.With GrowInfluence, you can monetize your audience by partnering with brands and getting paid to promote sponsored content—And we’d like to offer you a chance to help us beta test our new marketplace.We’re offering the exclusive opportunity to set up a free profile and to connect with brands like Dove, Samsung, Axe, Pizza Hut and more before we open up the platform to the public.We are limiting access to the first 5,000 influencers, so please take advantage of this opportunity today as we cannot guarantee availability will last. You can sign up at www.growinfluence.com/users/register.Not sure if your following is big enough to qualify to be an influencer? You can check out your InfluencerScore—a customized calculation of on what your influence is worth—here.


So with that being considered, and knowing that I simply have no understanding of the WHY or the WHAT of our existence, if I had a particle accelerator held to my temple and I had to choose between marketing Axe or Pizza Hut, which one holds the greater cosmological allure?

And is Valerie Smith  her real name?

How can the Higgs Boson, in its particle/wave brilliance, ultimately give us endless stench for adolescent boys and filthy, greasy colon cloggers for everyone? For eternity...

Onto String Theory. Which will, naturally, lead me to some string cheese.

Eddie Redmayne, if you weren't so cute I would not be so tormented.

I Have Reached A New Realm: I Am a Tesla Coil


It has become so dry and cold and my fleece blanket is so electron generous that every time I touch anything metal or even water, the shock is enough to make all the ample hair on my arms stand on end.

This would be fine if I was looking for a thrill...but really, I just want to eat a dried apricot or drink a glass of water. 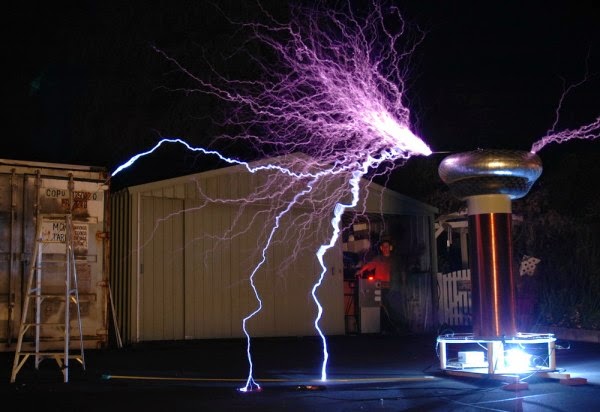 This, naturally, led me to read about Tesla coils. But really, I don't exactly understand how they work. This does not need to stop any of us from building one.

In the meantime, as moisture comes in, the electrons on earth will have something to cling to instead of me and so the shocks will be less shocking.