Outta Town for a Week

Hello May.
Hello Perigord.
Check back later for stories of "Most Ducks Ever Eaten" and "A Hundred Things to Do with Truffle Oil." 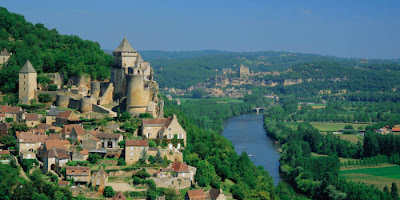 Funny Pages: Thursday Evening at 8. ARRIVE EARLY or be Turned Away.

Adam and I will be presenting at The Old Stone House in Brooklyn on April 18.

Perhaps you live in Brooklyn, have heard of Brooklyn, have dated someone who hales, heartily, from the borough or just wish weekend subway work wasn't so punishing.

Funny Pages is always a good time.
Adam is going to read a funny piece.
Marian is hosting and doing lots of funny things.
I'm going to do some funny songs.
And other funny stuff.
That's funny, six times already, in one invitation. Could this be overselling? Come decide.

This is the actual venue. Nothing funny about it at all, right?
What if there was a plaque that read, "Washington thought about sleeping here?"
That's almost funny. If someone funny were to say it at the right moment, it would be funny. 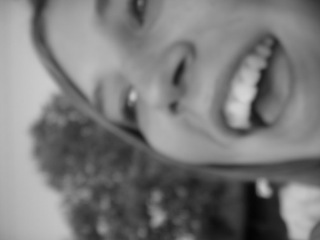 You hate to have to hope for one kind of horrendous thing over another…but until the proof has been filtered out of the pudding, one can make an educated guess mixed with some wishful projection about the source of these explosions.

Because this awful terrorist attack happened on Patriot’s Day, was in and possibly also caused the fire in the JFK Library, I believe that some very dark faction of the Tea Party is responsible for this. I think this faction is a group of just one Constitutional Conservative loony.  A payback for the entrenched liberal thinking that pervades .

I also would rather it be one right wing radical than another Islamic radical situation since I (though erroneously, probably) have this sense that the Islamic radicals are calming down and/or are being closely watched by our government.

Lastly, our sad violent country could be so much less violent. And we all know it.

Time to Get Specific About my Political Affiliation

I am a fiscal Socialist, with a partitioning off of 30% of the economy for people who need to take monstrous risks and play with each other’s money and a cultural libertarian.
Posted by Don Cummings at 12:05 AM 0 comments 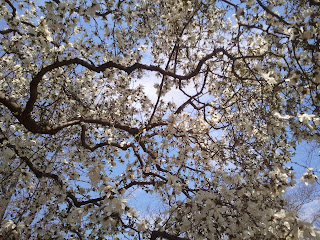 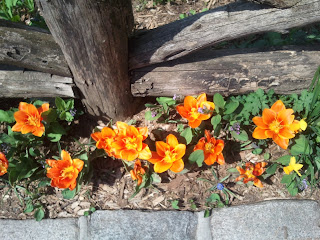 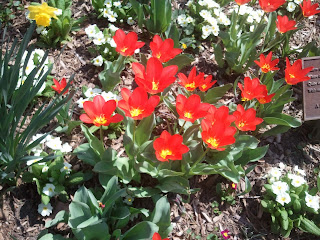 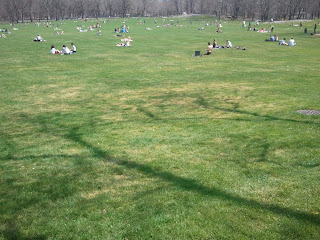 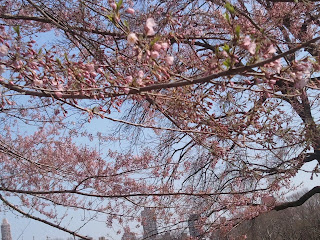 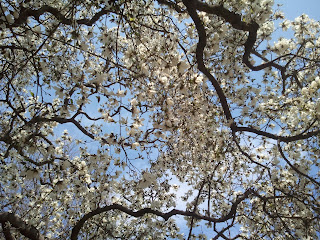 Greedy Island Bitch: How Geography Can Change the World

Manhattan, being one of the world centers of capitalism, is a tiny island thirteen and a half miles long and two and one-third miles wide at its widest point (around 14th Street). Its geography creates a natural demand for space. Any space, anywhere. Because of this, there is a psychological shift toward great material needs of all kind. The competition for space is so severe that prices for most items, especially housing, are driven into the stratosphere. Because it is also a draw for second homes for the wealthy of the world, the prices soar.

If there were no East River so the island became part of Long Island to the east, everything would have been cheaper. Spaces would have been built larger. Wall Street workers would feel less like rats in cages who were in need of more space. They would panic less. They would possibly be calmer and more responsible. The east side would have been enormous.

I say, for the sake of world fiscal stability, fill in the East River and let Manhattan roll effortlessly into Queens and Brooklyn as one land mass. Please.
Posted by Don Cummings at 12:14 AM 0 comments

All these years, man to the moon and all that, and still---we cannot fix our monetary policy so that poverty never happens?

Second: Manage the building of houses and buildings, food and utilities, education and healthcare in a big ol' collectivist socialist way---but instead of making everything as cheap as possible, SPEND ALMOST EVERY DIME WE HAVE on them--so that no one is really poor, ever, in the main areas.

Third: The limited amount of money left for luxury goods, boats and things--will make the rich people feel extra rich if they can afford those things.  Deprivation: it does a greedy soul good.

Fourth: This spot left blank for you

I Am a Part of All That I Have Met

So, I watched this.

This is Annette Bening’s and Warren Beatty’s offspring.

During all the talking on the tuber, I had a hard time figuring out what sex and sexual orientation this person is. Then, my husband clued me in.

Now that I know this person is a born xx (or something close to it) who identifies xy and is attracted to xy (or something like it), I have come to conclude that I just want a pudding pop.

Let’s let it all go, Janine.  We are a brave species. Ready for all things. Frankly, all labels are tiresome in that they presume things.

How about: we are people…

Which I believe was the point of this tuber.
Posted by Don Cummings at 9:28 PM 0 comments

Let’s face it: She’s going to make a run for it.

Why shouldn’t she?  She is so tough. And she looks better than ever.

A life of Bushes and with a little bit of an Obama break…sure.

I look at her…I am happy. Perhaps she’ll choose a Hispanic woman as her running mate.

This country needs a woman. And not a Margaret Thatcher type.

Studies have shown that when certain women lead, the populace eases into a more compassionate stance. “Mom’s watching.”

I’m going out to buy a pants suit today in solidarity.  I don’t care how fat my winter ass looks in them.

Oprah for Secretary of Sate.
Posted by Don Cummings at 11:36 PM 1 comments

Many years ago, I moved to . It was just about six months after two friends  of mine from , too, had moved there.

Well put. And so true.  takes over. Of course, it is very fascinating. But you do tend to feel swallowed up by the activity.

I, more cynically say about the differences, “If each city were to be described as a sin… is greed, is vanity. And I do believe greed is the greater evil.”

And I do.  You can laugh off vanity. Additionally, vanity changes with age. Sure, in absolute value it may never go away, but it does morph into different things---some of them with horrifying results---like foreheads that don’t move, suckerfishlips, etc. The vanity may fly off you and into your house or your garden.

Lastly---can you tell I’ve had enough of this winter to the point that I would not mind clubbing every ground hog in to its untimely death? (That’s a reference to February 2.)

Enough.  Now let’s get back to the real issue—the stock market…
Posted by Don Cummings at 10:14 PM 0 comments