This film was made for you and me. War movie, for tree huggers.

Okay, listen, this is not an original story, but it is timely. This particular fable works. The hero goes native and finds out what real truth and real love is. Plus, there is the whole tree of knowledge thing going on and the aboriginals completely in tune with their planet because they are their planet. And they send those greedy gusses back to Earth, the “Sky People” who came looking to mine the planet’s unobtainium—It’s an environmental flick. With war. Some of it is so on-the-nose Anti George Bush, you wince. But then I imagined Cameron saying, “I don’t think people are that smart. I’m just going to serve it straight up.” Sure, why not?

We must respect mother earth.

Performances were fine. Characters broad. Sigourney pounding through it. Whatever. It is not about that.

What they have been saying, what every journalist has been saying is true. This is 3D in a way that finally works and this is a whole new experience. You watch this movie with the special glasses and it really is a three dimensional experience. At first it might nauseate you, but then you get used to it. (Maybe similar to how people first felt when they began taking commercial flights.)

It is so beautiful. It’s generated, yes, the other world. All of it. But the expressions are human. Culled performances from real actors. They are only going to get better at this technology. Then one day, Glenn Close can just act in front of a camera in her living room and they will capture it for the computer Glenn later on.

Strange stuff. But now, the movie industry can explode again. You can’t watch this 3D stuff at home. Well, maybe they will make it so you can. But for now, the best chance of having a good 3D experience is to go to a big ol’ timey movie theatre.

Sure, you could get all upset about this latest trend. Change is tough. But we can handle it.

Back to Avatar. Hats off to all. You just have to go see it. It’s history. It replaces Star Wars. It’s a big turn in the road. Go. It’s just one-of-those-things in life you have to see to stay current. But out of all those one-of-those-things, this one is something else.

This blog entry, and more like it, is from www.opentrench.blogspot.com 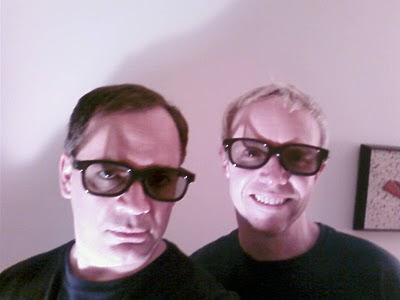 Protect mother nature, or she will rear up and whoop your tiny hiney back to sky city.

I can't believe the Church and Marines bothered. I mean, WTF guys?

A) its not anti-war. Hell, the guy who wins the battle is a U.S. Marine with the right training! Booyah. He's what they were trying to build in Nam, but never succeeded. When the PR office of the Corps says it's anti-military, they just help drive up the ticket sales.

b) The Catholic Church says its a movie that's anti-religion and encourages worship of nature, which is paganism/satanism. Clearly, they're keeping to their standard policy of commenting on movies that they haven't seen. The "Company" is so clearly skeptical anti-religionists and the people that live on the planet are the only ones actually practicing a religion in the movie, one that's tied to a spiritual connection to all living things; in other words - what the Church is striving to be, but never makes it. Avatar can only be viewed as a pro-spiritual, pro-religious film. And of course, the Vatican helps ticket sales by saying "don't go".

I liked the movie. I liked it the first time I saw it when it was called "Cheyenne Autumn", but then I like genre films, so I enjoyed this immensely. It's the most colorful western I've ever seen.