Usually, getting married is easy and divorce is quite difficult.

I guess being gay, the whole world really is turned on its ear.

My husband and I were divorced today, by decree. And we didn't feel a thing. But there is this sting that is keeping me awake tonight.

Okay, I must admit, the whole thing wasn't so important to us, personally. We only got married in Oregon because we happened to be there when it was possible. However, we did really do it. We did have to call some people. We did hire a cute, curly haired preacher woman. The wedding was attended by Adam's parents, aunt, four cousins, the preacher, our old pal Bart, his future sister-in-law, a published author friend and his oddnick, free-love boyfriend. That all required a lot of emails and phone calls. And then there were the two big meals, my search for cigarettes, and the eventual announcements. So, effort was made. Plus, what was supposed to be a ski trip turned out to be just a wedding trip. So there was sacrifice, too.

I guess, in terms of what surrounded the event, the whole thing was doomed from the start. Adam and I had our own little bachelor party two nights before we left for Oregon. We got high and we went to see the remake of The Dawn of the Dead. That was one fucking great Zombie movie. And the night of the wedding, after Adam and Bart both went to sleep, I stayed up and watched the made for T.V. movie about Ted Bundy. That was one fucking great serial killer movie. Zombies and serial killers were our marital bookends.

We were wed on March 26, 2004. We were divorced on April 14, 2005. It lasted just over a year. Long enough to feel married. But we always knew the chance that it would end was pretty great, so we didn't take it too seriously, read the paper and hoped for a regime change. Things only got worse as all those states basically said, "Not in my backyard, you don't."

I don't feel too sanctimonious about the loss or our marriage because the whole wedding was sort of a lark. However, I am endlessly amazed that people are so freaked out about gay people getting married. Tonight, we went to a meeting about the latest laws of California domestic partnership. It's pretty much marriage. California was brilliant in that they beefed up the domestic partnership code in stages (with the exception of that little scene in San Francisco where even Rosie got married). In fact, the evolution of the domestic partnership laws was all done so well, that most of the population didn't even notice it becoming a reality. We gays are pretty sneaky. So watch your kids. In a pinch, Adam and I can sign up for California's sweet offer. I am grateful to live in one of the bluest states. But at the end of the day, it isn't a federal deal, so it's all so annoying.

The Conservatives are stubbornly short-sighted and monstrously stupid with their fear of change. What kind of dross settled this continent, anyway? No wonder Western Europe is so much better off, socially. The most strident, dogmatic boobs all came here. My hope is that domestic partnership takes over this country. Eventually, straight couples can opt for that instead of marriage. And we will become like Scandinavia and marriage, that crazed old institution, will die a decent death.

I would like to be able to say one day that these two men, these two awful, sinful, scary men, did their part in destroying the tradition of marriage. And only because they had no choice. 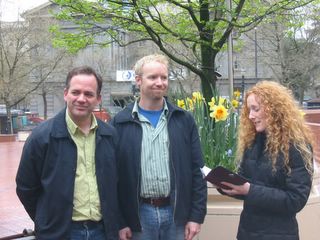 I don't understand why people hate us so much. I never have. As a child, being taunted and beaten up, it was terrible. As an adolescent, it was confusing and extremely depressing. As an adult, there was an enormous amount of relief. But then, in my gay face again, is just pure fear and hatred. Truly, it sucks to be on the receiving end of it. But change, for the good, always happens. Slowly. But eventually. So, in this great state of California, I am optimistic.

A Time is Gonna Come. 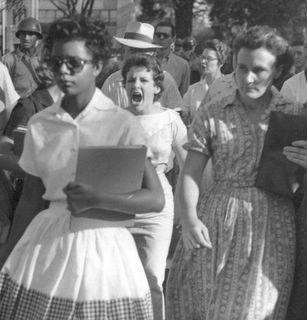 lori said...
This comment has been removed by a blog administrator.
3:50 AM

Well, I for one am very sad that your marriage has been nullified. I was just getting used to saying Donald and his husband Adam. I was also a lot more comfortable visiting you in CA knowing that you were MARRIED and sleeping in the same bed. Now I'm not sure I can stay with you...

I am very sad too. I feel like it is the single, most unjust act by my government in my lifetime.

Whatever anyone says, to me, you two will always be married.

I mean if you are "divorced" then you can't get married in the Catholic Church.

I know how important that would be to you...