Maximum Disorder of the G.O.P.

There is a simple explanation for why all systems tend toward maximum disorder, or what is also known as the highest state of Entropy, for those of us in the blue states who attended any sort of college that did not insist on a couple of Moses tablets as the centerpiece of the quad.

This maximum disorder, or highest state of entropy, is due to a completely accepted scientific law, the Second Law of Thermodynamics. Read below if you need edification.

Entropy, The Second Law of Thermodynamics

Whereas this is a simple idea, it is also quite terrifying and sad considering we are made of nature and we too, are agents of nature. The question has often been asked, "If we are headed toward maximum disorder, Godless freak, then why do human beings seem such advanced, ordered creatures?"

And that question, which is such a reflection of the endless hubris of the mind, suggests that the formation of the human being is the ultimate goal of nature. And let's all agree right now, as Voltaire so brilliantly pointed out in his short story, Micromegas, it certainly is not. (Which also begs the question: What the hell happened to The Enlightenment?) The ultimate goal of the human being is actually to fulfill the ultimate goal of nature, otherwise, nature would not have us any longer. And what does nature desire? Maximum disorder, increased entropy. And what are we, smart primates, so good at creating? Maximum disorder. (None of this is my idea.) And how do we do that? By burning every thing we can get our hands on. Coal, oil, the nuclei of atoms, Rod Stewart albums once we find out he has five ounces of sperm in his stomach (ancient urban legend, sure, but how can you resist?)

So, fret not when you see GW poking around, looking for more shit to burn. He's just following his nature. Sure, we could slow this whole process down, but why avoid the inevitable? We are meant to do the bidding of the Second Law of Thermodynamics. When we are all finished with the job, the Second Law will still exist and we will all be, hopefully, not just charred carcasses but stardust.

It's been a fun ride. Go fill up your tank. 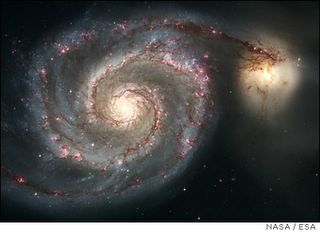 How come I wasn't invited for pot night?